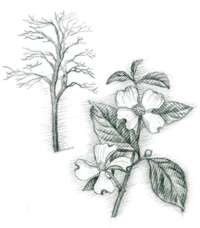 [Fig. 32(19)] The cliffs of Whiteside Mountain are some of eastern North America's highest, rising more than 2,100 feet to the summit at 4,930 feet, with massive crags extending 400 to 750 feet along the southeastern summit. Whiteside has attracted humans for centuries—Indians used its peak as a campsite; legend has it that Hernando De Soto and his explorers stopped at the mountain; and since the first recorded climb in 1971, expert rock climbers have been scaling the cliff's sheer faces.

Commonly called "whiteside granite," the igneous rock that formed the cliffs is actually a quartz diorite gneiss. It is composed primarily of feldspar, quartz, and mica, which appear as white streaks on the mountain's south face. Weathering, drying wind, and sun have left little vegetation on the south side, making the natural blue-gray color of the rock visible. The darker appearance of the north side is due to the mosses and lichens that grow in its more moist environment.

Whiteside Mountain supports two distinct botanical communities. Northern red oaks (Quercus rubra) are particularly dominant in the forest. Yellow birch (Betula alleghaniensis), American beech (Fagus grandifolia), and witch-hazel (Hamamelis virginiana) are also common. And prior to the blight of the American chestnut, the area had an abundance of chestnut trees. In late spring and summer, these woodlands are a good place for watching the eastern phoebe (Sayornis phoebe), Canada warbler (Sayornis phoebe), American goldfinch (Spinus tristis), and rose-breasted grosbeak (Pheucticus ludovicianus) among many other forest-dwelling birds.

A second community exists among the rock outcrops along the cliffs—a separate habitat of shrubs such as rosebay rhododendron, mountain laurel, and flame azalea (Rhododendron calendulaceum). Plants such as lily of the valley (Convallaria montana), bluet (Houstonia caerulea), and wild strawberry (Fragaria virginiana) are plentiful. More rare and fragile forms of vegetation such as Allegheny sand myrtle (Leiophyllum buxifolium) also cling to the soil in these areas. Salamanders, including the mountain dusky (Desmognathus ochrophaeus) and Jordan's (Plethodon jordani), inhabit wet rock surfaces, and raptors such as red-tailed and broad-winged hawks (Buteo jamaicensis and B. platypterus), occasional golden eagles (Aquila chrysaetos), and peregrine falcons (Falco peregrinus), which were reintroduced to the area in the 1980s, make their homes among the cliffs.

Like many of its rugged counterparts throughout the area, Whiteside Mountain, a mountain landmark on the Eastern Continental Divide, is the center of legend and myth. The Cherokees believed it was part of a vast rock bridge that the wicked monster Utlunta was building across the mountains. Tales also place the devil's throne in a cave in Whiteside Mountain. Similar legends tell of a Devil's Courthouse in the Balsam Mountains, though the chamber at Whiteside is considered to be supreme.

A 2-mile moderate loop trail to the summit features magnificent views from ridgetops. Below, the Chattooga, a nationally designated Wild and Scenic River, begins its course down the Blue Ridge escarpment. 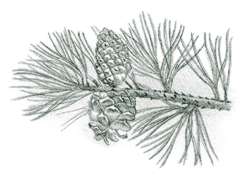 [Fig. 32(28)] For those interested in visiting the numerous waterfalls of North Carolina, Whitewater Falls has to top the list. Praise for Whitewater knows no bounds: it is reputed to be the highest falls in the Blue Ridge Mountains, measuring 411 feet from top to bottom, and has been described as the most spectacular falls east of the Rockies because of its unmatched water volume, height, and viewing pleasure.

It is one of the most accessible waterfalls as well. A short (.2 mile) trail leads from the parking area to the impressive overlook. The wide trail is paved and handicapped accessible. The overlook offers a distant, wide-angle view of the entire waterfall, an opportunity not available at most other cataracts.

A path to the left of the overlook offers a hike on a continuation of the 80-mile Foothills Trail. This path extends to a ford across the river a short distance upstream from the falls, but there is no safe way to view the cataract from the top. Another trail at the upper overlook leads very steeply down to a lower overlook that offers an even better view. Both sites are excellent for shooting photographs. This trail continues down to the river, but, as with the upper trail, there is no safe way to approach the base of the falls. Attempts to do so may also cause injury to a fragile ecosystem known as a spray-cliff community.

Spray-cliff communities support plants that require or tolerate the specific moisture conditions found near waterfalls. It may take decades for ferns, mosses, and wildflowers to take hold of, and build soil on, the moist rocks found here. Yet, it takes only a second for a hiker's shoe to tear such delicate colonies loose. Visitors are urged to stay on the trails.