[Fig. 12] The wall of mountains stretching diagonally from Maine to Georgia known as the Allegheny, or Appalachian, Mountains impeded western expansion during early American colonization. Buffalo and deer established a trail through an unusual gap to the fertile valleys to the west. To understand the unique significance of the gap in American history, it's important to understand the geographic features that combined here to make it the main avenue of migration beyond the Allegheny Mountains.

At one time Yellow Creek flowed south into the Powell River, cutting a gap in Cumberland Mountain as it did so. Cumberland Mountain rose faster than the creek could wear it down and eventually the creek was diverted northward into the Cumberland River. As Yellow Creek flowed out of a large, flat area known as the Middlesboro Basin, it created a valley that led to a second gap at Pine Mountain and beyond to the rolling hills of the bluegrass region of Kentucky.

Indians followed the game to major hunting grounds in what is now Kentucky. This trail became part of a travel route known as the Warrior's Path that led from the Potomac River to the Ohio River.

The gap was first seen by a white man, Dr. Thomas Walker, on Good Friday in 1750, but it remained part of Cherokee lands until the Treaty of Sycamore Shoals was signed 25 years later.

Frontiersman Daniel Boone heard about Cumberland Gap and set out to explore the area in 1769. Suitably impressed with the natural resources, four years later Boone returned with a party of settlers, but his oldest son was killed in a fierce Indian attack before they reached the gap and the party turned back.

Boone's next trip to the gap was in 1775, when he was hired by the Transylvania Land Company to blaze a trail through Cumberland Gap to 20 million acres it had recently acquired from the Cherokee for settlement. He and his crew of 30 backwoodsmen marked and roughly hacked a 208-mile trail from Long Island at Kingsport to Cumberland Gap in less than three weeks during the spring of 1775.

In 1796, the road was widened to support wagons. The migration through the gap was responsible for pushing the westward boundary of the United States to the Mississippi River. Generally, settlers traveled the trail in winter when the water at Cumberland Ford was lower so they could plant spring crops and bring in a harvest the first year. The rugged trail evolved into the Wilderness Road, the safest passage for settlement of the Territory South of the Ohio River.

As westward expansion continued on railroads and steamboats in the 1820s and 1830s, Cumberland Gap lost its importance. That was to change when it was viewed as the Gibraltar of America by General U.S. Grant during the Civil War.

It was a logical point for the Union effort to want to control in predominantly pro-Union east Tennessee, and both the Union and the Confederacy felt it held strategic importance. Though no major battles were fought here, the gap changed hands four times.

Confederate General Felix K. Zollicoffer was dispatched to fortify the gap in May 1861. Two months later, Union General George Morgan was sent to capture the gap. Morgan drew a portion of the Confederate forces defending the gap toward Chattanooga with one brigade while sending the remaining brigade to outflank the remaining defenders at Cumberland Gap. The Confederates evacuated Cumberland Gap on June 17, 1861 and Morgan occupied the important gateway the next morning.

Morgan proceeded to fortify the gap and store supplies in area caves, including Cudjo's Cave, which has been acquired by the National Park Service (see below). In September, Confederate General Stephenson engaged Morgan's troops in Tennessee and drove them back to the gap. When the Union general realized the Confederates were maneuvering to turn his flank, he ordered the soldiers to gather what supplies they could take with them and pile everything else in the narrow gap. They set fire to the pile, including exploding munitions, which stopped the Confederate advance and covered their retreat, but once again the gap was in Confederate hands. 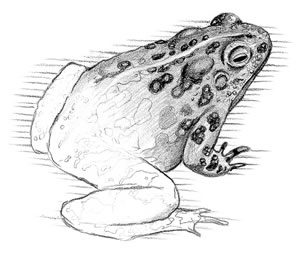 In 1863, the tables were turned when Stephenson was met by Union General Burnside in Tennessee and forced to retreat to the gap. The Union forces surrounded the Confederates and forced a surrender. Cumberland Gap remained under Union control for the rest of the war.

The small town of Cumberland Gap is tucked in a hollow on the Tennessee side of the southwestern edge of Cumberland Mountain. Built to house laborers working on a railroad tunnel through the mountains funded by British entrepreneur Col. A. A. Arthur's American Association, Ltd., it has a population of about 220. In the fall of 1996, a new four-lane tunnel rerouted US 25E away from the town of Cumberland Gap, bypassing the town in order to allow the Wilderness Road to be restored to its appearance in Boone's day. It's well worth the short detour into the historic Tennessee town on your way to the 20,271-acre Cumberland Gap National Historical Park (CGNHP) just across the Kentucky line in Middlesboro. The Wilderness Road hiking trail begins at the remains of the iron furnace off Pennlyn Avenue in Cumberland Gap and climbs gradually through a hardwood forest to the historic gap.

[Fig. 12(1)] Also called Cudjo's Cavern, this cave is noted by Thomas Walker, the first white man to see Cumberland Gap, in his diary. The cave was so well known that the gap we know as Cumberland Gap was known earlier as Cave Gap. Not commonly used as a camping spot by early travelers for fear of being detected by Indians, Gap Cave was often a landmark to be passed by as quickly as possible. The entrance to the cave lay just above a large spring.

Once a popular tourist destination, the cave was closed to tourism until old US 25E was torn up, recycled, and restored to the appearance of the Wilderness Road in the 1700s. The cave has been reopened as Gap Cave as of spring 1999. A hiking trail accesses the cave and the Cumberland Gap National Historic Park has plans to conduct wild cave expeditions to view geologic formations. There are several miles of charted trails to explore.

[Fig. 13(2)] The Cumberland Trail is a state scenic trail that remains unfinished due to lack of funding and landowner opposition. Most of the trail is privately owned. The project was initiated by the Tennessee Trails Association and was designed to follow a route from Cumberland Gap to a terminus on the Tennessee River south of Chattanooga for a distance of more than 200 miles. From Cumberland Gap the trail ascends Tri-State Mountain, generally follows the plateau's eastern escarpment to Prentice Cooper State Forest, then travels along the rim of the Grand Canyon of the Tennessee River to a point near the Alabama line. Parts of the trail have white blazes.

In the beginning, money for construction of the northern part of the trail was provided by the state and administered by the Department of Environment and Conservation. Since budget cutbacks in 1990 resulted in the funding being withdrawn, this part of the trail has not been maintained. Continuing work on the southern half is being done by members of the Cumberland Trail Conference, Tennessee Trails Association, and several sections are open to hikers. 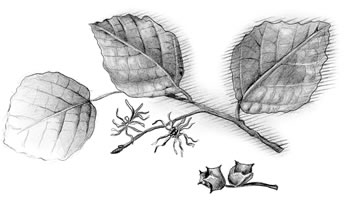 [Fig. 12, Fig. 13] Cumberland Gap National Historical Park contains over 20,000 acres in Kentucky, Virginia, and Tennessee, with the majority on the ridgeway north of Cumberland Gap that forms the boundary between Kentucky and Virginia. The park is a memorial to the Wilderness Road, the Civil War, and the Hensley Settlement, a farming community that existed on an isolated plateau from 1904 until 1951. Sherman Hensley arrived in 1904 and, with his family, constructed a home and outbuildings of hewn chestnut logs. At its peak, the settlement included about 100 inhabitants. The National Park Service has restored three of the original 12 farmsteads, and two farmer-demonstrators maintain the properties.

The Pinnacle Overlook [Fig. 13(4)], which affords a splendid view of the town of Cumberland Gap and far beyond, is one of the most popular features in the park. A paved road leads to within about 200 yards of the overlook. There is no road access to many of the other features, such as Sand Cave and White Rocks, but there are about 50 miles of hiking trails. One of these, the Ridge Trail, extends almost the entire length of the park and has four primitive campgrounds that require a permit. Biking and horses are permitted on designated routes.

[Fig. 13(1)] The trail begins at the Wilderness Road campground and passes Skylight Cave on its way to the top of the Cumberland Mountain. Some hikers prefer to walk only the first half to the cave, since from that point the trail becomes very steep.

[Fig. 13(3)] The Tri-State Trail intersects the Wilderness Road at Cumberland Gap, and then it passes some Civil War features before ascending the mountain to the point where Tennessee, Kentucky, and Virginia meet. Two side trips may be taken from the Trail: Fort Foote, a Civil War artillery emplacement, is 0.1 mile off the trail about halfway up, and Fort Farragut, also a Civil War fort, is 0.5 mile beyond the Tri-State marker.