[Fig. 43(12)] Rising 6,643 feet above sea level, Clingmans Dome is the highest peak in the Great Smokies, outstripping Mount Guyot by some 40 feet. Standing on the deck of its observation tower, visitors have the park laid out at their feet, with views stretching into seven states on a clear day.

For its ringside seat to the heavens, Clingmans Dome bears the brunt of what they have to offer. It wrings from the skies nearly 27 more inches of precipitation per year than Gatlinburg, located just 22 miles away. Its annual precipitation rate of 83 inches makes it one of the wettest spots in the continental United States. Temperatures regularly dip 10 to 15 degrees Fahrenheit lower than the temperatures in the valleys, and gale-force winds can make a jacket necessary even in summer.

As its cool climes make it a home to one of the Smokies' rare spruce-fir forests, Clingmans Dome has become a focal point of the National Park Service's efforts to battle the balsam woolly aphid and save the Fraser fir from extinction. Originally from Europe, the aphid was introduced on nursery stock into New England around 1900. First detected in the eastern part of the Smokies in 1963, the aphids had spread as far west as Clingmans Dome by the late 1970s. Over the last 20 years, more than 95 percent of the mature fir in the park have been killed by the aphid.

An aphid is a mere millimeter long—a white fleck of snow. But its mouthparts stretch to 2 millimeters. Blown onto a tree by winds or on the wings of a bird, the aphid inserts these strawlike mouthparts into the bark of its new home to suck out sap; as it does so, it releases a toxin that eventually cuts off the tree's internal flow of nutrients. Once stuck, an aphid will not prize itself loose again. Instead, through asexual reproduction, it produces eggs. In southern Appalachia, as many as three generations of aphids may be born a year. Although mere "flecks," they can cover the trunk of a tree so densely it appears washed in white.

In the mid-1980s the National Park Service began to fight back with a spraying program at Clingmans Dome and Balsam Mountain Road. Each year in June foresters comb the woods in these areas to count the number of aphids. Of the 95 mature firs inspected (aphids only attack older trees with thicker bark), some may have more than 100 aphids, others may have none. Trees that will not be sprayed are also studied to establish a control to monitor the success of the program.

In July when the aphids are out in their greatest numbers and are more vulnerable, the actual spraying begins. Using modified fire pumper trucks with high-pressure sprayers, a mild insecticidal soap is sprayed onto trees along both sides of Clingmans Dome Road from Mount Collin's Gap to the Forney Ridge parking area, a distance of about 3.5 miles. On top of the dome, teams of workers range into the forest as far as long, high-pressure hoses will reach. A fine mist of the solution is sprayed onto the base of the tree, so as not to disturb the lichens and mosses that grow there, but the solution gets stronger as the spray moves up the trunk. About 9 acres of forest on Clingmans Dome are treated. In a few weeks, the foresters return to take another count of the aphids. If necessary, reinfested trees are retreated at that time.

Of course, this is at best a defensive effort. Not every fir can be reached by the hoses for treatment, nor can every aphid in the park be tracked. It is also not certain that funding will be appropriated every year for the program. Yet long-term hope remains. Some mature Fraser firs have survived infestation. These trees developed odd scars of toughened bark, like fish scales, where attacked. It is hoped that the next generation of trees will inherit this genetic resistance. Working in conjunction with the University of Tennessee, the Park Service has also collected seeds from surviving trees. A "genetic bank" of Fraser fir now grows adjacent to the park, on property that will soon be donated and included within the park's boundaries.

The secret to resistance cannot be found too quickly. Eight species of mosses and liverworts unique to Fraser fir communities have been affected by the infestation. Among animals, the spruce-fir moss spider has already had its numbers reduced. Classified as a type of tarantula, the spider lives in mats of moist mosses at the trees' bottoms. When the fir dies, sunlight comes through the branches and dries out the spider's habitat. No tree is an island—especially, it seems, in the Smokies. 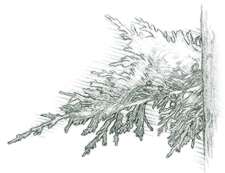 [Fig. 43(8)] It is said that, as a boy, the great Cherokee Chief Yanugunski discovered the bluffs of Alum Cave when he tracked a bear to its den there. This is no small feat because the bluffs are situated well up the southern flank of Mount LeConte at an elevation of 5,000 feet.

Alum Cave is not actually a cave. Rather, it is a 100-foot-tall recess beneath a ledge of rock that juts out some 30 feet from the mountainside, an awning built on the grand scale of nature. The elements eroded this outcropping of the slate-based Anakeesta Formation to form this tremendous overhang.

The smell of sulfur wafts off the bluff's inside walls, which are salty and bitter to the taste. What the senses report is proven by further study: Alum Cave is rich in mineral deposits. This fact was not lost on the visitors who followed Yanugunski to the cave. In the 1830s, a manufacturing company was formed to mine epsom salts from the bluff (although records indicate that if mining was done it was not overly successful). During the Civil War, a Confederate colonel ordered another mine built here to extract saltpeter and sulfides for gunpowder. The bluff is named for the potassium aluminum sulfate that can be seen, with saltpeter, encrusted in the walls at the back of the cave.

In modern years, the lode of minerals at Alum Cave has attracted the attention of geologists. Increasingly rare deposits are being discovered. A few of the minerals have never been cataloged before and are believed to be unique to the outcropping.

A trail leading to Alum Cave first passes over a rocky spur known as Inspiration Point. The view from here encompasses the valley below as well as Little Duck Hawk Ridge, a sheer cliff (also of the Anakeesta Formation) that lies across the valley to the west. Historically a nesting place for peregrine falcons (Falco peregrinus)—called "duck hawks" by settlers—it may well become one again. Nesting peregrines were reported in the area in the spring of 1997, the first pair to nest in the park since 1946.

The climb up Mount LeConte has garnered a reputation as an important benchmark in any hiker's career in the Smokies. Alum Cave Trail is the shortest but steepest of the five trails to the summit and travels along scenery considered by many to be the best in the park. Overnight accommodations are available at LeConte Lodge, which is a welcomed view a few hundred yards beyond the trail's end. Reservations, however, should be made well in advance as the 50-person lodge is often booked as far as a year in advance.