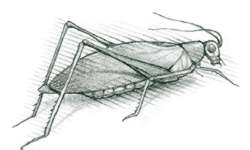 [Fig. 11(10)] In the dark and weathered rock outcrops along the Blue Ridge Parkway, mica glitters from dikes and sheets of coarsely crystalline pegmatite and granite, its silver flash giving just a hint of the geologic history of the region. The rock outcrops, made of gneiss, are a prominent feature in the Blue Ridge province of Western North Carolina, and the shiny white and gray pegmatite bodies are the source of many of the minerals and gems displayed in the Museum of North Carolina Minerals near Spruce Pine.

This unusual treasury opened in 1955 in the Spruce Pine Mining District, an area of the state so rich in minerals that many of the more than 300 known varieties of North Carolina minerals and rocks can be found there. Most of the displays in the museum date back to its opening and give an interesting perspective on earlier industrial uses for local minerals.

The museum displays large sheets of mica in shimmering and translucent layers. Once mined extensively in the area, mica was used for insulation in stoves, as window glass, and in the vacuum tubes of old radios, radar, and televisions. Now it is extracted as a by-product of feldspar and quartz mining and ground into a glittery powder with many uses.

Feldspar, found in large quantities in the earth's crust, and its weathering products including the clays kaolin and halloysite, have been of great economic benefit to the Spruce Pine area for more than half a century. Quartz is plentiful here also, found at its purest in the center of pegmatite rock and used in high-tech products such as fiber-optic cable and the heat-resistant tiles on NASA's space shuttles.

One museum display crackles with radioactive minerals and another glows with a luminous assortment of fluorescent rocks under blacklight. Museum visitors can learn about the unusual properties and uses of kyanite, uranium, thorium, olivine, tungsten, corundum, and other minerals.

The Mitchell County Chamber of Commerce maintains an office in the museum and is a good source of information on local attractions, including nearby gem mines where visitors can pan for semiprecious minerals.

[Fig. 21(2)] Many chapters from the story on mountain crafts could be written in Penland's picturesque valley. It was no different from other areas in the mountains—the land provided abundant natural resources, and it enforced a hardship and isolation that spawned crafts of necessity from the independent, self-reliant mountain residents. What made Penland different was the tenacity and dedication of Lucy Morgan.

In 1923, with only three looms and a strong will, Miss Lucy (as she came to be known) started what would become Penland School of Crafts which today is an internationally acclaimed school for contemporary craft instruction. She had two goals: revive handweaving and bolster the meager incomes in the region. The economic benefits of the Industrial Revolution had not yet made their way into southern Appalachia but the products had, all but wiping out the time-honored art of handweaving. Miss Lucy put that trend on hold when she established the Penland Weavers; soon additional crafts instruction in dyeing and spinning, pottery, and other traditional folk arts was added. Word spread, and the number of requests for instruction from other areas of the country grew, leading to the formation of Penland School of Crafts in 1929. Penland continues to promote individual and artistic growth in crafts (although today's focus is more contemporary than folk) in such disciplines as pottery, sculpture, drawing, glassblowing, metalworking, photography, printmaking, weaving, and woodworking. During one- and two-week sessions in June through August and two-month Concentration Sessions in spring and fall, instructors from across the United States and occasionally Europe foster a tradition begun more than 70 years ago.

Except for occasional background noise from the Clinchfield CSX railroad, the setting is one of isolated wilderness for the rafters, canoers, and kayakers who count the Nolichucky River among their favorites. Its Class III–V whitewater rapids course through one of the deepest gorges in the eastern United States, where steep crags shoot sharply up from the river's banks and keep the highway and other encroachments at a distance.

The Nolichucky is a natural-flow river, created at the confluence of the Toe and the Cane rivers, and it drains the entire Toe River Valley on its way to the Gulf of Mexico. The Nolichucky provides a 10-mile run down the 100-foot-wide passageway bordered by the Unaka Mountains on the north and the Bald Mountains to the south. Early spring, with its high water, is one of the more adventurous times to run the Nolichucky. Blooming dogwood (Cornus florida) and redbud (Cercis canadensis) can also make it one of the prettiest. Though the area's wildlife is less active and visible during daylight rafting hours, occasional white-tailed deer and snakes are seen.

Those willing to wade the heavy water also report excellent fishing of muskellunge (Esox masquinongy) and smallmouth bass (Micropterus dolomieu). The only signs of civilization the watercourse passes are the crumbling foundations and chimneys of what local river guides call the "Lost Cove Settlement," which, legend has it, was developed as a hideout during the Civil War.

The Nolichucky River should be considered off-limits for the novice paddler, although outfitters are available for tours and instruction (see Appendix C).