[Fig. 19, Fig. 20] St. Simons is Georgia's most popular and extensively developed island, offering a wide variety of coastal activities in a beautiful natural setting of sprawling moss-draped Live Oaks, green-gold salt marsh, and sandy beaches. The Manhattan-sized barrier island located across from Brunswick is more popular with those who appreciate the beauty and climate of the sea islands, but require a great variety of lodging, restaurants, shopping, and sightseeing options. While St. Simons is Georgia's most populated barrier island, with more than 14,000 residents calling it home, the island has been developed with care to preserve much of its natural charms. Community life has been predominant on the island, as it has been the site of several Indian villages, Spanish missions, English settlements, antebellum plantations, and posh resorts. Today, sightseers can tour a historic lighthouse, church, and national monument, or cruise the island's expensive neighborhoods and gawk at opulent mansions. Outdoor recreation offered on the island includes biking, beachcombing, fishing, crabbing, kayaking, bird-watching, historic touring, golfing, and tennis.

The feel of St. Simons Island is distinctly different from Georgia's two other developed islands, Tybee and Jekyll. St. Simons feels quieter, older, and more upscale, with proud residents spending lots of money on landscaping and homes. St. Simons has been a family-oriented town but is now experiencing a second wave of growth. Boomers who grew up visiting the island have come back to buy second homes or relive their summer childhood experiences with their children.

For the most part, the island developed from sediments deposited from the Altamaha River and the action of rising and lowering seas during the Pleistocene Age, 25,000–35,000 years ago. This makes St. Simons much older and more diverse in plants and animals than its Holocene neighbors to the north and east, Little St. Simons Island and Sea Island, which developed 5,000 years ago. St. Simons's East Beach is a Holocene fragment that has migrated from the north to fuse with the older part of the island. At the island's northern end is the Hampton River, the marshes of Little St. Simons Island, and the Altamaha Sound. Off the southern end are St. Simons Sound and the northern end of Jekyll Island.

Including St. Simons's marshlands, the island measures 27,630 acres, of which 12,300 are uplands, making St. Simons the largest barrier island in Georgia (Cumberland Island has more uplands, but less total area). Ten percent of St. Simons (East Beach) is of Holocene age. Its 4 miles of beach are comparable to Tybee Island.

The first human activity on St. Simons dates back thousands of years. A shell ring on Sapelo Island contains pottery shards more than 4,500 years old, and there's no reason to believe that Indians didn't use St. Simons's lush hunting grounds and fertile waters as they did on other Georgia barrier islands that existed at that time. When Europeans arrived at St. Simons in the 1500s, they found a Mocama Indian village named Guadalquini—the original name of St. Simons Island—on the south end of the island near the lighthouse. Here, the Spanish established a mission called San Buenaventura de Guadalquini, which operated from 1605–1684. At the northern end of the island near Cannon's Point from 1661–1684 was the Spanish mission Santo Domingo de Asao/Talaje, which had be relocated from Darien. The island gets its name from a short-lived Yamassee Indian village known as San Simon, which was established near Fort Frederica by refugees during the late 1660s to 1684. English settlers anglicized the name to St. Simons.

In 1597, an Indian uprising resulted in the deaths of four Franciscan priests and one brother, known by history as the Georgia Martyrs. (A relief of the martyrs hangs in the St. Williams Church on St. Simons.) One priest, Father Velascola, was executed on St. Simons Island. The Spanish tried to re-establish their missions, but by 1680, they had retreated from Georgia to St. Augustine, Florida, leaving behind a greatly reduced population of Indians, who had suffered under Spanish rule. In 1670, the British founded a settlement at Charleston and started to expand their territory into Georgia, building Fort King George at Darien in 1721. This began a period of territorial dispute over the coast of Georgia, termed the "debatable land." In 1733, Gen. James Edward Oglethorpe founded the English settlement of Savannah, and two years later, he established Fort Frederica and Fort St. Simons on the island, which was seen as a provocation by the Spanish. He also built a fort in Darien and settled the area with Scottish Highlanders who would become part of his fighting force.

In 1739, Britain declared war on the Spanish, called the War of Jenkins' Ear. The Battle of Bloody Marsh on St. Simons resolved the conflict in the new southern colonies. Fort Frederica, having served its military purpose, went into decline and in 1758, most of it was destroyed by fire, and the town never recovered. (See Fort Frederica National Monument, and the Battle of Bloody Marsh.)

After the American Revolution, the island was transformed into 14 plantations that grew sea island cotton. Most of St. Simons's Live Oaks were cut down to clear land for farming and supply valuable timber for American warships, such as the USS Constitution. The iron of Old Ironsides consisted of tough live oak planking. The oaks seen today on St. Simons are generally under 100 years old. A lighthouse was built in the early 1800s, signaling the importance of the harbor of Brunswick.

Most of the plantations were experiencing declines from exhausted soil, insect damage, and poor market conditions when the Civil War arrived in 1860, ending their free source of labor and dealing a final blow to the agricultural enterprises. A Confederate fort was built to guard the St. Simons sound, but it was abandoned and destroyed along with the lighthouse by retreating Rebels.

Lumber mills dominated the next period of activity on the island, from 1870 to 1900. A new lighthouse was built. Across the South, northern timber companies were rapidly cutting down southern forests. The companies used large rivers to transport the logs, and the most important river in Georgia was the mighty Altamaha. St. Simons's strategic location at the mouth of that river resulted in four lumber mills and massive docking facilities being built along Gascoigne Bluff on the Frederica River. The raw logs were cut into lumber and loaded onto great schooners and shipped around the world.

The depletion of Georgia's forests led to the end of this period. While the sawmills were busy, the island started developing a resort industry near the Village of St. Simons, with a new pier and grand hotel built on the southeastern end in the 1880s, accessed by ferry. Beach houses and summer cottages sprung up around the area of the pier village to the King and Prince Hotel.

The construction of a causeway in 1924 between Brunswick and the island spurred additional residential and resort development that continues to this day. A causeway was also built to Long Island, which was renamed Sea Island by the Sea Island Company. The company opened the resort hotel known worldwide as The Cloister in 1928, and developed the long, sandy island into a posh residential community (see Sea Island). Not only did it develop Sea Island, but the company also built a golf club on the remains of Retreat Plantation at the south end of St. Simons Island. The company's effect on the island continues with new developments on the northern end of St. Simons and Hawkins Island.

During World War II, the U.S. Navy used McKinnon Airport as a home base for torpedo bombers, and the King and Prince for a radar training school and quarters for officers. More important, the military improved the island's roads and airport and built a much-needed sewer system, which gave the island a better infrastructure to support the subsequent development boom of the 1950s and 1960s. 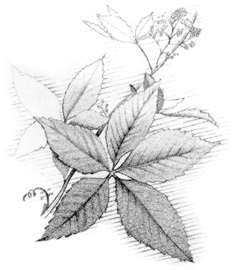 Like most islands, one of the main attractions of St. Simons is the beach. Its sandy shore is limited to the southeastern end, as Little St. Simons Island and Sea Island to the north and east receive most of the natural deposits accumulating from the natural sand-sharing system. The beach has experienced the natural changes expected of a sandy barrier island. While some sections have grown, others have shrunk. Huge chunks of the beach have been removed by storms, including Hurricane Dora in 1964, which washed out to sea several homes and large sections of Postell Avenue and Beachview Drive. President Lyndon Johnson ordered the placement of a seawall composed of huge granite boulders known as the Johnson Rocks, which has halted the landward erosion. The south end of Sea Island and East Beach have grown from additional deposits of sand.

With their beaches eroding (and accumulating) at various sites around the southern end of the island, St. Simons residents have been debating the necessity of expensive beach preservation or renourishment programs. Heated political battles have been waged and millions of dollars spent in efforts to keep—or not keep—the beach from migrating away from the island. While the beach is important to resorts and tourism-related businesses, some locals oppose action to renourish their beaches, believing it is better to let nature take its course. Some of these locals, dubbed "bridge burners," are less than sympathetic to tourists who clog their roads, and would like to see all development halted and the bridge burned so no one else is allowed on their beloved island. St. Simons has been trying to cope with the demands of its popularity, which has more than doubled the island's population since 1980, raising property taxes and straining the island's water, sewer, and transportation infrastructure. Despite the opinions of some grumpy locals, growth has not ruined St. Simons, and there is still much to see and do on the beautiful island.