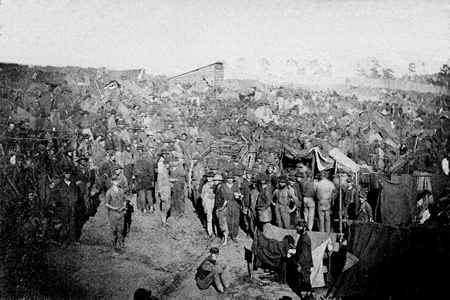 Andersonville is a must-see for anyone interested in the Civil War. A National Historic Site, nothing in Georgia delivers the full impact of the cost of the Civil War as do the thousands of graves tightly lined together at Ander-sonville. The park does a great job of telling the story of all Civil War prison camps. The town of Andersonville proudly calls itself a Civil War village, and features museums and shops worth a look, as well as the Wirz Monument, erected to the memory of Henry Wirz, the commandant of the prison camp at Andersonville.

Americus was home to two hospitals during the Civil War, the Foard and Bragg hospitals. In the Confederate section of Oak Grove City Cemetery (East Church and Reese St.) 129 soldiers, 45 of them unknown, are buried. Most of them died in local hospitals. West of Americus in Preston on U.S. 280 is where the first Confederate flag raising in Georgia took place. The ceremony was held on March 31, 1861. When the War ended, Union troops cut down and destroyed the historic flagpole. 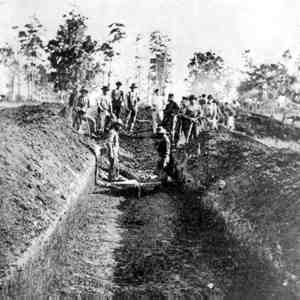 The Visitors Center has a 12-minute slide show to introduce the 475-acre park, an excellent bookstore with material on the prison camp and the Civil War in general, and an audiotape one can rent to play on a driving tour of the park. From the center one goes to the National Cemetery and reconstructed Camp Sumter Stockade and monuments, and National Prisoner of War Museum. The nearby town of Andersonville has a Civil War theme and is worth visiting.

Touring the hauntingly beautiful National Cemetery, with its seemingly endless rows of white headstones packed tightly together, is an emotionally moving experience. The cemetery is the final resting place of the 13,000 Camp Sumter dead and 3,000 others, including 700 additional Union soldiers, approximately 2,300 veterans from other American wars, and many former prisoners of war. Twenty-two headstones are engraved U.S.C.T. for United States Colored Troops, marking the graves of black Americans who were captured at the Battle of Olustee, Florida. Union burial trenches are located in the cemetery. Eleven distinctive monuments honor the dead. A mystery

surrounds the headstone of Lewis S. Tuttle, which is the only one of the identical marble headstones in the Cemetery to have a dove on top.

Buried off to the side from the general group near section J are the Raiders' graves, six ringleaders of a gang of Union prisoners who preyed on other prisoners inside the stockade for food, money, and clothes. In July of 1864, a group of prisoners calling themselves the Regulators banded together to oppose the Raiders, and rounded them up, and held them in the south gate area of the prison with the camp commandant's permission. The Raiders were put on trial for their deeds and judged by a jury of 24 Union sergeants. Six who were considered ringleaders were hanged and buried dishonorably in a separate plot in the prison cemetery, and the minor gang members were flogged by a gauntlet of inmates.

The National Prisoner of War Museum is fittingly found at Andersonville. Exhibits and a slide show depict the plight of American prisoners of war from the Revolution to the Persian Gulf War. An effort is underway to build a larger museum.

Nothing replaces the actual experience of touring the grounds of Camp Sumter where so many men suffered so much. Here you can view the actual muddy creek called Stockade Branch, which served as their water supply and sewer; visit Providence Springhouse, the spot where lightning struck within the stockade, releasing a natural spring of potable water. The prisoners believed it was the work of Divine Providence and after the war built a lovely stone memorial on the spot; view escape tunnels and wells and the reconstructed stockade fence and sentry boxes while you imagine 32,000 men crowded inside the inner stockade. There are earthwork forts surrounding the prison; many state monuments; a monument to Clara Barton, honoring the founder of the American Red Cross; and markers placing other significant sites of the prison.

This seven-acre pioneer farm complex includes a log barn, a log cabin, farm animals, a mule-powered sugar cane mill, a water-powered grist mill, a blacksmith shop with working blacksmith, and a country store. It is located 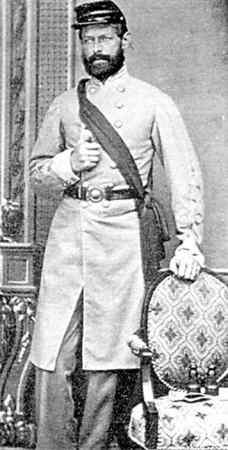 behind the post office which is across the street from a restored, turn-of-the-century depot. The depot houses a visitors center, which is the first stop on a 15-site walking tour, and includes a local history museum with civil war artifacts. Across the street is the Drummer Boy Civil War Museum, featuring memorabilia from both the North and South including uniforms, guns, documents, flags, and a diorama. Other stores nearby have Civil War-related merchandise and memorabilia.

This monument, erected in the center of town in 1909 by the Daughters of the Confederacy, honors the memory of Captain Henry R. Wirz, the Confederate commandant of Camp Sumter and the only person hanged for war crimes during the Civil War. His trial and execution remain controversial to this day, as some believe the truly guilty parties were his supervising officers, and that he was made a scapegoat for their incompetency. In a famous trial in Washington, D.C., before a miliary tribunal at the first War Crimes trial, Wirz refused a pardon if he implicated President Jefferson Davis. He was hanged on Nov. 10, 1865, on the same scaffold which executed the Booth conspirators. Inscriptions on the base of the obelisk give the southern point of view on the character of Wirz and Union Gen. U.S. Grant, who is credited with ending the exchange system.