The Shenandoah Valley of Virginia—famous in song and rich in history—is a lush green tapestry some 200 miles long and 25 to 40 miles wide.

From the air or from one of the mountain peaks on either side of the valley, the several streams and rivers twisting down from the ridges and across the valley have the appearance of a shimmering network of intricate and beautiful threads.

Legend has it that Shenandoah is an Indian word meaning "daughter of the stars." Another possibility is a translation of the Iroquois Skahentowane, meaning "great meadow" or "big flat place."

Still another Indian word, Schinhandowi , translates to "river through the spruces." Whatever the origin of the valley's name, its gentle beauty has no doubt impressed humans since the days the Shenandoah was a vast prairie.

When natural wildfires did not occur, Native Americans set fires up and down the valley each year to keep brush and trees from encroaching on their hunting grounds. The valley grasses and abundant water attracted large animals—elk, woods bison, deer—that the Indians followed and hunted.

In fact, an old buffalo trail ran the length of the Great Valley, as the Shenandoah is sometimes called. Shawnee, Monacan, and Cherokee tribes followed the buffalo. The rudimentary road was then widened by the wagon trains of settlers from the East headed west and south. US 11 was built to follow closely the old wagon trail, and today busy I-81 runs parallel to the trail and to the Valley Pike, as US 11 came to be known.

The Shenandoah Valley begins in the north near Winchester. Its southern boundary is sometimes described as "just south of Lexington." According to the state's tourism map, the Shenandoah Valley continues all the way south to Roanoke and Salem and is overlapped by the Roanoke Valley.

The Shenandoah Valley was known as the Breadbasket of the Confederacy during the Civil War. As a result, General Sheridan's Union troops destroyed homes, barns, livestock, corn cribs, and crops on the valley's largest farms. Scores of bloody battles were fought up and down the length of this fertile land.

Many of the valley's typically small towns had been ravaged by war's end. The Valley of Virginia is known for its apple orchards, college towns, great rivers for floating and fishing, limestone caves, ski and golf resorts, Civil War battlefields, and panoramic views of some of the oldest mountains in the world.

The Chemistry. A particular chemistry is necessary to form limestone caves, natural bridges, and rock towers. The first requirement is weakly acidic groundwater. The second is rock soft enough for the water to erode. In the Shenandoah Valley and in fact, in the entire Valley and Ridge province, rainwater or stream water percolates through limestone soils deposited millions of years ago by decaying plants and animals. The decay produces carbon dioxide. Groundwater mixes with the carbon dioxide to form a weak acid called carbonic acid, or H2CO3.

Though weak, the acidity is enough to gradually erode underlying limestone and dolomite rock as groundwater seeps through cracks and fissures. Over time, cracks are enlarged, and underground chambers form. These connect with other widening openings until entire networks lace the underground. Rock that is more impenetrable, or harder to dissolve, may remain in magnificent towers or spans across openings gouged by the acid water.

Over thousands of years, a stream may sink a hundred or more feet underground as it erodes downward. In some cases, the entire process stays underground. In other cases, the stream carves out amphitheaters or tunnels above ground.

Wild and Commercial Caves and Caverns of the Shenandoah Valley. The work of underground acid water has resulted in approximately 3,000 known caves in Virginia, ranging in size from cramped crawlways to magnificent chambers large enough to dance the Virginia reel in. Most of the caves lie in the honeycomb of soluble carbonate rock (limestone and dolomite) of the Valley and Ridge province.

After chambers or caverns are opened underground, the slow dripping of water laden with calcium carbonate or calcium sulfate produces the sometimes-grand and delicate cave decorations, or speleothems, such as stalactites and stalagmites. When water leaves the soil above and enters the air of a cave, the excessive calcium carbonate load it has picked up in the soil precipitates out as calcite, the main ingredient of limestone, and the building of fragile formations begins. The process, in human terms, is imperceptible. One inch of growth may take 7,000 years.

Imagine the discoverers of these stunning calcite structures which had lain beneath the earth's surface for millions of years and grown to enormous proportions. Perhaps it was a torchlight which first illuminated rows of giant columns resembling a pipe organ. Hanging from cave ceilings were bursts of white spikes suggesting orchids or stars. Pools reflected shimmering limestone cascades and draperies. 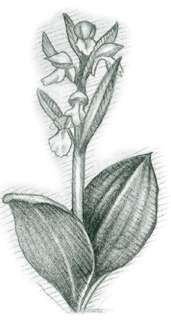 A handful of commercial caves offer guided tours through some of the finest achievements of this dripping of water. Seven commercial caverns lie along Interstate 81 in the Great Valley of Virginia. All but two (Natural Bridge Caverns and Dixie Caverns) are clustered around Massanutten Mountain in the northern Shenandoah Valley. On the east side of the Massanutten range are Grand Caverns (Grottoes) [Fig. 31(3)], Luray Caverns (Luray) [Fig. 30(13)], and Skyline Caverns (Front Royal) [Fig. 30(14)]. Luray Cavern is the largest in the eastern United States. On the west side are Endless Caverns (southwest of New Market) [Fig. 30(15)] and Shenandoah Caverns (northwest of New Market) [Fig. 30(16)]. The Massanutten Caverns at Keezletown are no longer open. Admission fees vary and all except Grand Caverns are open year-round.

The remainder of the estimated 3,000 caves in Virginia are mostly wild caves, lacking artificial lighting, paved walkways, and admission fees. Many still have unexplored tunnels and chambers. As 95 percent of the caves are on private property, caving groups have sprung up to obtain permission to safely explore and protect wild caves.

One area popular with spelunkers is in the Burnsville area of northern Bath County, northeast of Falling Spring Valley. Trila Roberts, owner of Robert's Grocery in Burnsville, can direct you to one of several undeveloped large caverns and sunken caves that is safe to explore on your own. Landowners' permission is required for any caves on private property.

Cave Life. An interesting variety of critters has adapted to cave life. Perhaps the best-known example of an animal that uses caves is the bat. Eight species of these much-maligned mammals are found in Virginia caves. Three of these—the Indiana bat (Myotis sodalis), gray bat (Myotis grisescens), and Virginia big-eared bat (Plecotus townsendii virginianus)—are on the federal endangered species list. The guano, or droppings, of bats and the decaying bodies of dead bats are important as nutrients to other cave life.

Less well known is an assortment of millipedes, crustaceans, spiders, crickets, and salamanders that have adapted to caves. Some of these tiny creatures are troglobitic—that is, they are totally adapted and never leave the cave. Such animals are generally unpigmented and eyeless since color and eyes are of no use in the total darkness of caves.

[Fig. 31(2)] At Mount Solon, southwest of the Shenandoah Valley town of Harrisonburg, are seven limestone towers that rise from 65 feet to 120 feet above a level, grassy floodplain. The North River, patient architect of the impressive towers, flows unobtrusively by on its way to the Shenandoah.

Once privately owned, Natural Chimneys is now managed by the Upper Regional Valley Park Authority. The 134-acre park has a campground open year-round (limited services during winter), a 3-mile interpretive trail that explains the towers, picnic shelters, and a pool. Birders have identified 125 species of birds here.

Inspired by the castlelike appearance of the towers, organizers staged an unusual jousting event at Natural Chimneys in 1821. Contestants riding swift horses at full gallop attempted not to unseat one another but to spear a series of tiny hanging rings. The event was so popular, it continues to this day, held annually on the third Saturday of August. It is billed as the longest continuously running sporting event in America.

[Fig. 31(3)] On a hillside southwest of the little town of Grottoes are three entrances to an underground system called Grand Caverns. An unknown person first stumbled upon one of the entrances in the 1780s. The single entrance in use today was discovered in 1804 by a 17-year-old boy, Bernard Weyer, searching for his raccoon trap. The cavern was once called Weyers Cave, and a nearby town still has that name. It opened in 1806 making it the oldest continually opened show cave in the USA. 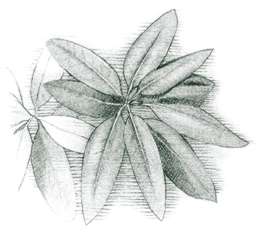 Thomas Jefferson once visited the caverns, General Stonewall Jackson quartered his troops there during the Civil War, and many early-nineteenth-century dances were held in the cave's 5,000-square-foot Grand Ballroom.

Grand Caverns, known for its spacious rooms, also has Cathedral Hall—one of the largest rooms of any cavern in the East. Massive columns, beautiful draperies of rippling flowstone, and rare shield formations line the 280-foot-long, 70-foot-high room. To let the natural beauty of the formations show, minimal use is made of colored lights in the caverns. The park is managed by the Upper Valley Regional Park Authority.

[Fig. 31(1)] In the 1920s, families would pack a picnic basket on Sunday afternoons and head for a scenic overlook or an idyllic millpond. Around Harrisonburg, one of the favorite destinations was a stretch of rolling farm pastureland near the community of Cherry Grove in Rockingham County.

The attraction was neither overlook nor millpond, but a hole in the ground. At one moment, water would pour out of the hole, sometimes at a rate of 1,000 gallons a minute. Then the water would shut off abruptly, like a faucet. No one knew why.

The place was called Tide Spring for its resemblance to ocean tides. In 1936 the ebbing and flowing water caught the attention of the state geologist, who apparently had more humor than explanations. He wrote the phenomenon off as "uncanny," calling it perhaps the work of "mischievous elves" residing in underground caverns.

According to current thinking, Thomas Jefferson, who wrote about the spring in 1787, may have been much closer to the scientific explanation. Jefferson speculated that Tide Spring was a "syphon fountain."

Scientists and geologists today say that Tide Spring is a reservoir in the porous limestone and dolomite rock typical of the region. It belongs to a type of spring with a variety of names—ebb and flow spring, periodic stream, temperamental spring, and breathing spring. Only a few exist in the world, and Tide Spring is one of the most unusual.

The complex dynamics involve a syphoning action with a self-cycling timer. As the reservoir beneath the surface fills with groundwater, water is forced to the surface where it overflows and runs to a nearby stream.

When the rising column becomes higher than the source end, pressure changes cause the flow not only to shut off but also to flow backward to regain equilibrium. The action is turbulent and noisy and so interesting to watch that the landowner allows school groups to visit his farm.