Adjacent to the western side of the Unaka Mountains is the 40-mile-wide Valley and Ridge province. Tennessee's section of this province is often referred to as the Valley of East Tennessee because of its unusual topography. Essentially, it is a low-lying area between the Unaka Mountains and the Cumberland Plateau that runs diagonally across eastern Tennessee from Virginia to Georgia.

The extensive drainage system includes many streams and rivers that converge to form the mainstream Tennessee River. Along many of these rivers, the Tennessee Valley Authority has built dams to produce electrical power and control flooding. The vast system of reservoirs the dams impound provides the public with a wide variety of recreational opportunities.

After North America and Africa drifted apart during the Jurassic Period of the Mesozoic Era, opening the area that is now the Atlantic Ocean, the last overthrust of the Allegheny orogeny left deformed rock from the Unaka Range to the Cumberland Plateau. Erosion, the ever-present process, began sculpting eastern Tennessee again.

Approximately 2,500 square miles of the Valley and Ridge province is made up mostly of sediments from the Paleozoic Era. Originally these were parallel layers of sandstones, conglomerates, shales, and limestones, but nearly all the rock was folded or faulted. The jumble of rock left between the Unakas and the Cumberland Plateau is about 1,000 feet above sea level and runs from Virginia to Georgia. It roughly forms a line from Chattanooga to Bristol on the east, and along the Cumberland Plateau on the west. It has undergone the same thrust faulting and erosion as the Unakas.

Hard metamorphic strata and softer sedimentary strata folded like an accordion when the Unakas were lifted. The softer rock, limestone and shales wore away sooner, forming valleys and leaving the harder sandstones and conglomerates as ridges. 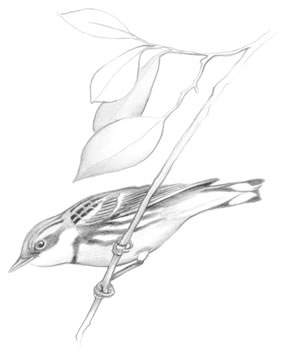 The streams of the Valley and Ridge closely follow the areas where the softer rocks were exposed during the thrust faulting. The softer rock eroded forming the valleys and streambeds. Where streams are found running perpendicular to the orientation of the valleys and ridges rock fractures let water through, and the water eventually eroded through a ridge to let a stream form.

The flora of the Valley and Ridge is unusually varied, but there are some communities of species that remain somewhat constant. For example, the forests of the ridges contain mesophytic species such as red oak, white oak, red maple, scarlet oak, chestnut oak, mockernut hickory, pignut hickory, sweet birch, cucumbertree, serviceberry, striped maple, mountain holly, witch hazel, and a few others. Bear oak (Qurcus illicifolia) may dominate the windswept slopes of the Valley and Ridge, and the valley floors are usually populated by oaks.

The ravines and coves are where hemlock and other mesic species, including basswood, buckeye, beech, white ash, magnolias, spicebush (Lindera benzoin), pawpaw (Asimina triloba), bitternut hickory, and yellow birch are found. The Tennessee River valley running through the southern Valley and Ridge contains mostly mixed mesophytic forests of oaks, hickories, maples, and ash, with some hemlocks and pines.

Because the area is dominated by limestone and underground streams, caves and caverns are numerous in the Valley and Ridge. Since the Cambrian Period, in the Appalachians west of the Blue Ridge, underground water has found breaks and crevices in limestone, enlarged these weaknesses, and formed tunnels miles long and hundreds of feet deep. The result is a system of caves, primarily stretching from Pennsylvania to Tennessee, that is home to land and water species adapted to this unique environment. In the older northern Appalachians, caves don't form because the rock is harder and underground reservoirs do not accumulate.

In the cool, dark cave world, stalactites extend from the ceiling, and stalagmites reach up from the floor. When a stalactite and a stalagmite meet, a column is formed. In Appalachian caves, most cave life is concentrated in the zone where light from the outside still penetrates, called the twilight zone. Animals in this zone include cave crickets with excessively long antennae to receive stimuli, and other insects such as midges and beetles. Joining the insects are grandaddy longlegs, salamanders, wood frogs, and, in caves with streams, crayfish and fish. 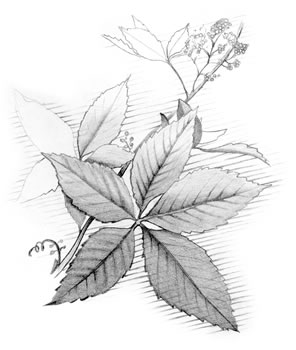 When it comes to mammals, no other is as famous for residing in caves as bats. In the caves of the Appalachians there are several species of bats, some that are permanent residents and others that hibernate in caves for the winter. When they are resting, bats hang head down from cave ceilings or crowd into small crevices, and they are not only found in the twilight zone. Bats stretch back into the dark recesses of caves.

Another mammal that calls caves home is the Allegheny woodrat (Neotoma magister). With a long hairy tail, huge eyes, and a yellowish brown body, this rodent nests here, dragging food like magnolia seed pods in to eat.

People have reported seeing blind, white fish in Appalachian caves. While ichthyologists are still investigating which fish are present, there may be cavefishes here, belonging to the family Amblyopsidae. These fish are lightly pigmented and have greatly reduced eyes or no eyes at all. Their sensory systems are elaborately developed, and some members of the family are strictly cave dwelling while others are not.

Cavefishes found in Tennessee are the spring cavefish (Forbesichtys agassizi) and southern cavefish (Typhlichthys subterraneus). While the spring cavefish is not strictly a cave dweller, is generally colored dark gray to black, and is found in western Tennessee, the southern cavefish may be responsible for rumors of blind, white fishes in the caves of eastern Tennessee. Wild specimens of this species are white, occurring with no pigments, and have a highly evolved sensory system on their heads and along the sides of their bodies. This sensory system allows the fish to exist in a subterranean world of darkness. Growing to a maximum length of 3.5 inches, its principal food items are copepods, amphipods, and isopods. The southern cavefish has been placed on the protected species list of Tennessee fishes.

Ichthyologists know this species exists in western Tennessee but are not sure whether or not the southern cavefish lives in the caves of eastern Tennessee. The blind, white fishes spotted here may be cave-inhabiting sculpins, a species in which scientists have reported albinism.