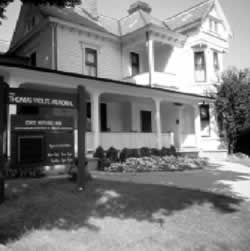 The Newfound Mountains section [Fig. 18], with the city of Asheville at its heart, marked by the Tennessee/North Carolina border on the northwest, is an area lying between Mount Mitchell, Asheville, and the town of Chimney Rock. The Newfound Mountains constitute the dominant range in this section with the Great Craggy and Green mountains running southeasterly through the upper portions. Additional ranges include the Walnut Mountains, approximately 20 miles north of Asheville, and the Swannanoa Mountains, just east of the city. Elevations range from 6,085 feet at Craggy Dome to only 2,000 feet in the valley of the French Broad River.

The Great Craggy Mountains, known locally as the Craggies, run for approximately 15 miles from Asheville northeastward to where they join the Black Mountains, near Balsam Gap. Craggy Dome is the range's highest peak at 6,085 feet, and in general the peaks of this range make for excellent viewing of the autumn hawk migration. This annual fall translocation is remarkably predictable in its route, though, of course, the patterns of each species and the effects of weather systems do change. September through November is the time period for sighting the most hawks, although some early birds in August and stragglers in December can be spotted. Daily flights of thousands of broad-winged hawks (Buteo platypterus) may be seen in September. Ospreys (Pandion haliaetus) and bald eagles (Haliaeetus leucocephala) are also noted in September. Sharp-shinned hawks (Accipiter striatus) are prevalent in October, with red-tailed hawks (Buteo lineatus) gliding along the crest lines in late October and into November. Other species such as the northern goshawk (Accipiter gentilis) and golden eagle (Aquila chrysaetos) are likely to migrate through the region in November after the leaves have fallen.

The hawks take advantage of two features created by the topography of the region: thermals and updrafts. Columns of warm air rising from sun-warmed fields and cleared ground rise to form upward spiraling thermals. Hawks catch a ride on the thermal until it reaches its highest altitude, at which point the hawks strike out on their own, descending in a long, linear direction until they can connect with another thermal. Updrafts form as winds are deflected upward upon hitting the ridges, gorges, and slopes of the Blue Ridge terrain. Broad-winged hawks prefer thermals to updrafts, while eagles, sharp-shinned hawks, and red-tailed hawks enjoy the updrafts. Optimum times for watching the spectacle are 9 a.m. through 4 p.m., although the hawks are conspicuously absent an hour or two around noon. One theory proposes that at noon thermals have taken them so high that they are difficult to see. 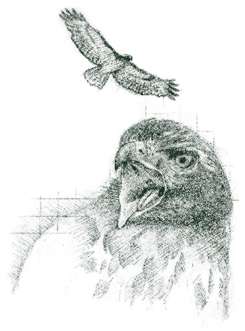 In addition to the Great Craggy Mountains, numerous areas in Western North Carolina offer excellent opportunities for watching this annual migration. For more information, consult Birds of the Blue Ridge Mountains, by Marcus B. Simpson, an outstanding source on this and other ornithological issues.

Coursing through these valleys, the French Broad River, one of the world's few north-flowing rivers, forms the Asheville Basin, the largest intermountain basin in the Blue Ridge Province. This basin, which provides fairly level terrain for a network of interstates, highways, and railroads, was formed when the forces of erosion broadened and flattened the valley floor. The city of Asheville developed in the basin, growing from a small agricultural community 200 years ago into a bustling commercial and cultural center of Western North Carolina.

Interstates I-40 and I-26 converge in Asheville, and I-240 travels directly through the downtown. Unlike the subtle and more natural cuts of the Blue Ridge Parkway, these interstates feature dramatic slices through sections of mountains along their routes. For the student of geology, they offer laboratory-like specimens from an array of epochs. Consider the I-240 cut through Beaucatcher Mountain on the east side of Asheville. This $10 million project completed 20 years ago provides excellent views of rock types and structural features common to Western North Carolina. The rocks are part of the late Proterozoic Ashe Metamorphic Suite, a sequence composed of metamorphosed sedimentary and volcanic rock. The outcrop is dominated by biotite- and quartz-rich rock that formed and recrystallized during metamorphism. Foliation (the layering of leaf-shaped minerals such as micas in a metamorphic rock) is well developed here with many folds and in some places refolding; faults are also evident. 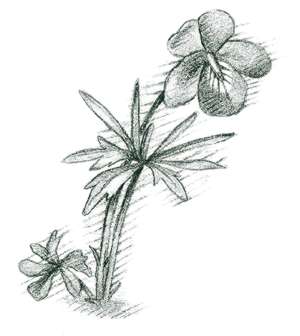 The North Carolina Department of Natural Resources Geologic Survey office in Asheville (phone 704-251-6208) distributes information on the geology and other natural resources along both I-40 and I-26. Sand and gravel production in North Carolina, for example, averages $20 million annually. In many cases, this industry is a direct result of sand and gravel deposited when fast-flowing mountain and upland streams decrease their velocity upon entering less rugged territory or, as in the Swannanoa River Valley, when the river connects with another stream in a broader, more gently sloping valley.