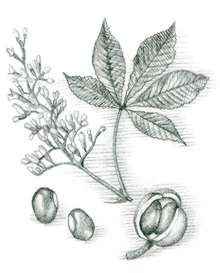 [Fig. 25(3)] Just as the trails and bridges within its boundaries link surrounding mountains, forests, and waterways, the North Carolina Arboretum nurtures the interconnections between the designed and the natural world. The North Carolina General Assembly established the arboretum in 1986 as an interinstitutional facility of the University of North Carolina. Since then, it has developed as a regional center devoted to integrating education, landscape, and research.

Since the turn of the century, this area has played an important role in forest history and research. The 426-acre site of the North Carolina Arboretum was once part of the 125,000-acre Biltmore Estate [Fig. 21(24)]. More than 100 years ago, Frederick Law Olmsted, landscape architect for George Vanderbilt's Biltmore House, proposed an arboretum on the botanically rich property. Today, the arboretum sits within the Bent Creek Research and Demonstration Forest, a 6,300-acre tract established in 1925 as the first research area focused on the regeneration of southern Appalachian hardwoods. Ten state champion trees, which are the largest of their species in the state, grow there today. Trails within the Bent Creek Research Forest connect and lead up to the arboretum.

This rich heritage is shared through extensive programming and outreach activities that are projected to attract 1 million people annually over the next decade. A Visitor Education Center and Horticultural Support Facility provide space for traditional workshops and presentations for adults, children, students, and professionals. A network of hiking and biking trails accommodate people of all abilities while a core of formal gardens and wild natural areas allow for a broad range of interdisciplinary exercises that explore scientific, historical, and cultural issues. Diverse interpretive techniques such as the instructive plant identification markers in English and Braille, which also feature illustrations; audio tours of gardens; and hands-on, interactive family activities have been developed.

In the formal gardens, for example, school groups can learn about Western North Carolina's strong craft heritage through a specially tailored tour of the Quilt Garden planted with more than 2,000 annuals, perennials, bulbs, and grasses to create a different traditional Appalachian quilt pattern each year. The Spring Garden replicates the foundation walls of an abandoned mountain homestead built near a water source and surrounded by heirloom trees and flowers including periwinkle (Vinca minor), crabtree (Malus angustifolia), Kentucky coffee trees (Gymnocladus dioica), and several varieties of daylilies and roses that would have been planted by early settlers. A woodland mountain stream environment has been created in the third formal garden. Other gardens and trails serve as teaching tools for home gardeners and landscapers interested in cultivating native plants and trees. A low-maintenance garden that borders the road to the Horticultural Support Facility features more than 75,000 plugs of native grasses and wildflowers started in the arboretum's greenhouse. Over the years, the site will transform as the trees in the garden form a canopy cover and a forest ecosystem emerges.

Preservation and research and development activities are central to the arboretum's educational and operational efforts. As a member of the national Center for Plant Conservation, a network of 25 public gardens in the United States, the arboretum participates in conserving rare or endangered plant species. The National Native Azalea Repository, a gene pool collection of the 15 species native to North America, has been established at the arboretum. Also, a recently constructed cool chamber maintains a collection of endangered plants from the region's highest elevations.

Expansion of the arboretum's regional native plant collection is ongoing. Seeds and cuttings have been collected from North Carolina, Alabama, Florida, Georgia, and South Carolina. In addition to an on-site nursery, a field nursery developed in conjunction with Asheville's Warren Wilson College uses the bottomland near the Swannanoa River to cultivate nearly 300 specimen trees and shrubs grown without the use of chemicals or irrigation.