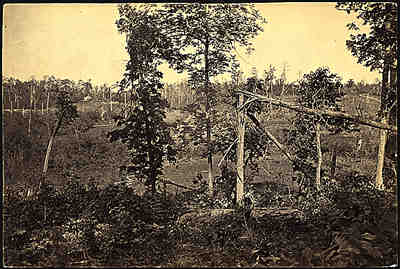 With the most widespread military action in Georgia during the Civil War, Northwest Georgia is an area with much history, including the Battle of Chickamauga, Sept. 19-20, 1863; the Battle of Chattanooga, Nov. 23-25, 1863; much of the Atlanta Campaign, May 8-Sept. 2, 1864; and much of the "Great Locomotive Chase," April 12, 1862. The site with the most to see would be the Chickamauga and Chattanooga National Military Park, which was the first and largest Civil War park in the country. Many of the towns involved in the Atlanta Campaign have markers, monuments, cemeteries and historic homes dealing with this military event. Pickett’s Mill State Historic Site has what some call the best preserved battlefield of the Civil War, and in the Visitors Center you can test your military skill in a computer simulation game. Sweetwater Creek State Conservation park has extraordinary mill ruins and a fascinating story to tell. Northwest Georgia features beautiful mountain ranges, deep valleys, and wild rivers, and is the historic land of the Cherokee Indian nation.