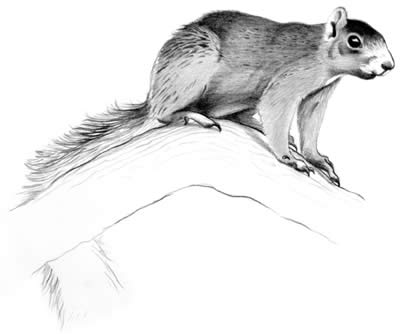 The endangered Delmarva fox squirrel (Sciurus niger cinereus) may be 30 inches longmuch larger than the far more common Eastern gray squirrel. Also, the fox squirrel rarely leaps from tree to tree like its more agile cousin. The secretive mammal spends a great deal of time on the ground foraging for nuts in the open forests of mature oak and pine that it inhabits. As it ages, the foxs silver-gray fur may turn almost white. Despite the differences, the endangered squirrel may still be hard to identify with certainty, silhouetted against the sky, high in a scrub pine.