The Chesapeake. For those of us with a touch of wanderlust, the words are magic. Say them and conjure up the smell of salt air, the image of a skipjack at full sail, or the crescendo of sound as wild geese rise from a marsh.

Say the words and become restless for adventure. Whether you want to watch wildlife, hike, bike, boat, bird, or just prowl rural fishing villages by automobile, the Chesapeake Bay is an explorers dream.

The book in your hands was designed for the explorer in each of us. Theres a longing for a fresh wind that sets sail in the mind when weve spent too many hours indoors. This book wont stop the longing, but it can give it direction.

Beginning at the mouth of the bay, where three wooden ships from England dropped anchor in 1607, this guidebook turns the Chesapeake Bay into a self-guided trail of discovery. Starting with Virginia Beach, the text follows the bay clockwise and describes the Hampton Roads area, the Williamsburg area, Virginias Middle Peninsula, and Northern Neck. Southern Maryland, then Central Maryland and the cities of Annapolis and Baltimore are next. The Susquehanna River valley at the head of the bay is followed by Marylands Eastern Shore and finally, the narrow peninsula that holds the Eastern Shore of Virginia.

Using the guidebook, you can explore parks, preserves, refuges, scenic drives, villages, counties, and cities in whatever part of the bay you happen to go. Perhaps youre near Blackwater National Wildlife Refuge and you want to know if thats a good place to photograph wintering wildfowl. Just flip to that section...yes, its the perfect place. If youre in a state park and you want to know the best place to see fossils of marine lifeand just how those fossils came to be imbedded on a high cliffthat information is here, too. 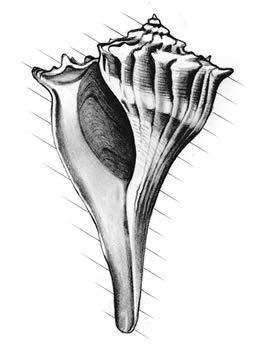 Maybe thereve been times youve returned from a trip and found you missed a watermans museum or a lighthouse that was right next to the marina where you chartered a moonlight cruise. Or maybe you were once camping at Martinak State Park and only later discovered that the campground was the former site of a Choptank Indian settlement. In the book, nearby sites are listed before and after the one youre visiting, so theyre easy to find. So, the next time one of you is fishing out of Reedville, Virginia, the rest of the family can come along and go on the ferry ride to see the remote island of Tangier.

Far more than just a where-to-go and how-to-get-there book, this Highroad Guide is packed with all those secrets that help make a trip memorable. Here are tips on how to go clamming or crabbing, where you can find wild ponies, and what those little critters are that burrow in the sand right where the waves break on the beach. In short, the book is loaded with natural and cultural historythe extras that bring a place to life.

If you want the number of a charter fishing captain, its here. If the youngsters want to experience an IMAX theater or want to know when the surfing competition is held at Virginia Beach, thats here too. Phone numbers to call for restaurant, camping, or lodging reservations are listed with each area. Special events are in an appendix by date, so if youre traveling in June, you can check the June listings to see if any of the events are close by. Whenever theres a person who will answer a phone and give you more information, that number is listed.

In fact, where was this book all those years Ive poked about on the bay? I figured I couldnt go wrong writing a guidebook that is exactly what Id want to take with me. Ive written it to be truly useful, and not just something to gather dust on a shelf.

If youre a newcomer to the Chesapeake, then just close your eyes, open to any page and put your finger on a site. There. Thats a great place to start. Even if youre a bay lover with many years of knocking about the bay under your belt, youve no doubt been amazed, as I have, that theres no end to the places to visit. The only limits are time and our own curiosity. If were going to find all the hidden gems in one lifetime, its high time we got started exploring.

Of course, some of the best finds are those we make on our own. The Chesapeake lends itself to that kind of freestyle rambling. Around every bend are boat docks that lead out into the bay, their far ends lost in the morning mist. Who has ever counted them? Weathered gray with the salt mist, each dock or pier seems to acquire its own family of ducks and a decomposing boat sprouting from marsh grasses.

Many Maryland and Virginia back roads are just as rewarding as those with the official Scenic Highway designation. Quiet villages with a marina, docks stacked high with crab pots, a general store and a white chapel under old maple treesthese await discovery by those of us who love to prowl the back roads. Along narrow streets at places like Lewisetta, Virginia, with barely enough room for two cars to pass, are the once-grand homes and their ghosts of sea captains who grew wealthy from the Bays bounty. This guidebook will enhance such travels with descriptions of the counties, the Indian tribes that fished the shores, and the willet and rail that inhabit the salt marsh.

Sitting at a computer day after day, describing the menus of my favorite seafood restaurants, is a kind of exquisite torture. Telling of boardwalks that lead over marshes where the yellow-billed cuckoo calls has left that tantalizing taste of salt air on my tongue. Even that ugly ol blue crab is starting to look pretty.

I feel a trip to the bay coming on. Want to come along?